Kansas Speedway: A Community Partner and Host to the Hollywood Casino 400 presented by Barstool Sportsbook 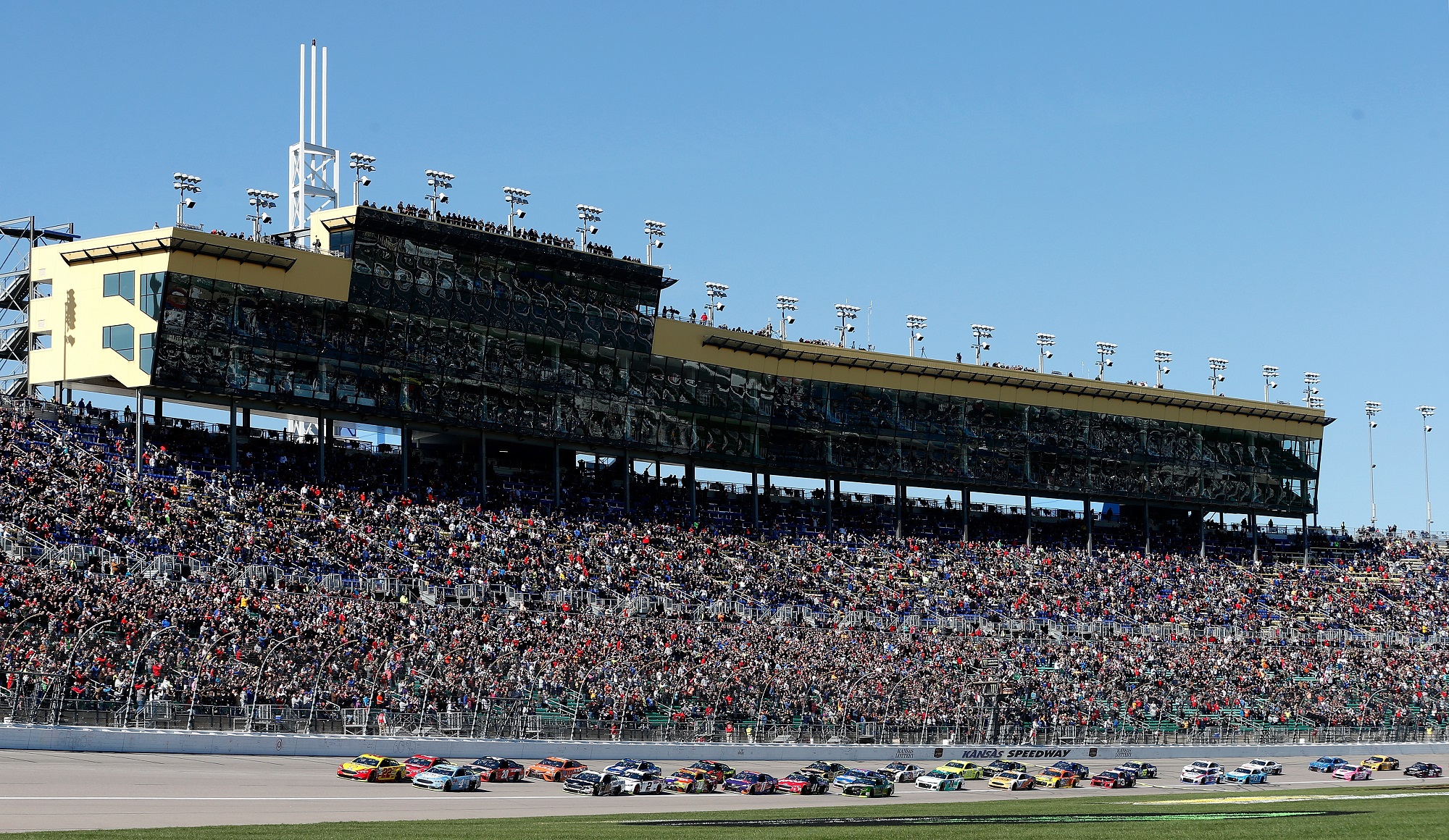 All eyes are on Kansas Speedway in Kansas City, KS, for the upcoming race weekend, September 9–11! For the main event on September 11, racing stars will compete in the Hollywood Casino 400 presented by Barstool Sportsbook — the second race of the 2022 NASCAR Cup Series Playoffs — to advance into the Round of 12 with a win. Attendees will be treated to a pre-race concert by country music star Craig Morgan.

The total impact the Kansas Speedway has on the economy of Wyandotte County goes beyond visitor spending during the Hollywood Casino 400 presented by Barstool Sportsbook in September and the AdventHealth 400 in May. It is best appreciated with a look back at its history and an eye toward the future.

“We are continually improving the fan experience and positioning Kansas Speedway as a substantial economic partner for Wyandotte County,” said Pat Warren, Kansas Speedway President. “Fans can look forward to some pretty significant changes to the way races are experienced. Exciting improvements are on the horizon.”

Warren shared some of the economic highlights since the Speedway opened 22 years ago. “When NASCAR was looking to expand in the Midwest, the leadership of Kansas City worked hard to present the city. In truth, the Speedway was the first major investment in the region, kicking off $5 billion in economic growth.”

The economic growth has had a ripple effect leading to the creation of some 7,500 jobs over the past two decades. Present day, Kansas Speedway employs 25 full-time staff, with positions expanding to 3,500 on the race weekends in May and September.

In September, Hollywood Casino plans to open a temporary Barstool Sportsbook under its Turn 2 Sports Bar and Restaurant. Kiosks, betting windows, and odds boards will allow fans to wager on NASCAR and other sports during race weekend.

For next year, a permanent Barstool Sportsbook is planned that will include a full restaurant, field house games, and outdoor accessibility to the expansive patio that overlooks Kansas Speedway. 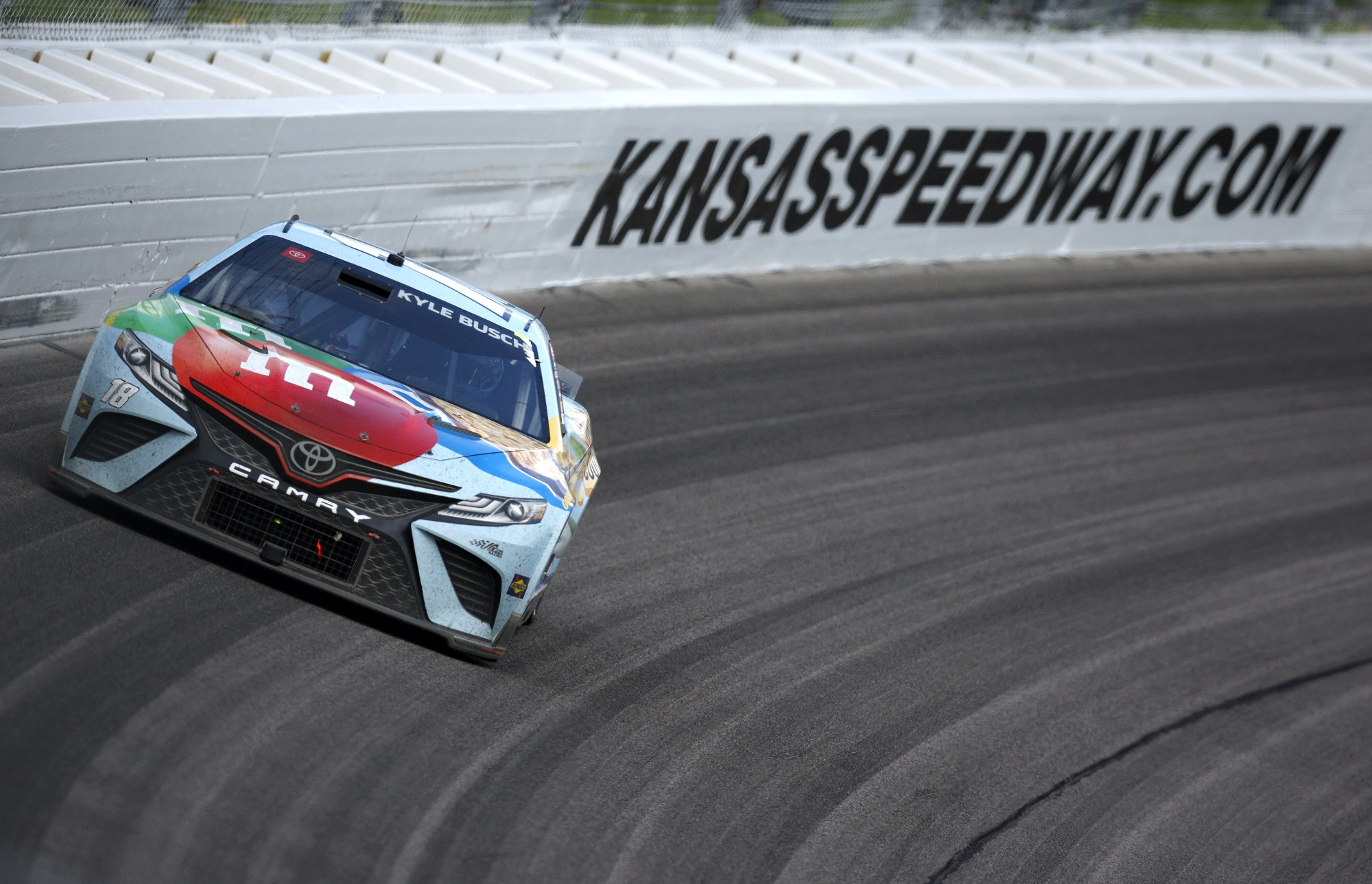 “There is a lot of talk about the World Cup coming to Kansas City and the benefits it will bring, and we just want people to realize we have been exerting an incremental economic impact since 2011,” said Warren. “Every time a Cup Series race is in town, spending on hotels, retail, dining, and entertainment increases. Hollywood Casino is a major draw.”

“We view ourselves as corporate citizens making decisions that are right for the city, county, and state,” said Warren. “We delivered on every promise from the historic public/public partnership responsible for the track to the races brought in and the businesses recruited to the complex.”

Kansas Speedway and NASCAR, looking for the most impactful use of its land, were instrumental in working with officials to bring what will be the main Urban Outfitters ecommerce direct fulfillment center to Wyandotte County. The $403 million development consisting of an 880,000-square-foot multi-channel distribution center will create nearly 2,000 jobs when it is fully operational in 2023.

The Kansas Speedway venue does not sit idle between Cup Series races. “We host around 250 events per year,” said Warren. “Sports car testing and defensive driving lessons use the track,” said Warren. “And the largest barbeque competition in the world, the American Royal World Series of Barbeque, a 70+ year tradition, has called the Kansas Speedway home for the past five or six years.” The competition is a fundraiser for American Royal’s mission of supporting youth and education in agriculture.

Let Wyandotte County Economic Development Council (WYEDC) help you and your business harness “The Power of the Dotte.” Our mission is to promote and strengthen Wyandotte County’s economy through innovative approaches to programs, partnerships, incentives, and leadership in industrial, residential, office, and retail markets. Contact us today and follow us on LinkedIn and Facebook!

Aug 22 2022
The Kansas City, Kansas, Board of Public Utilities will receive a $2 million grant for construction of a new electrical distribution feeder in support of a new business under development, according to an announcement from the U.S. Department of Commerce. Commerce Secretary Gina Raimondo announced recently that the department’s Economic Developmen...Continue Reading

Aug 22 2022
The Kansas City, Kansas, Board of Public Utilities will receive a $2 million grant for construction of a new electrical distribution feeder in support of a new business under development, according to an announcement from the U.S. Department of Commerce. Commerce Secretary Gina Raimondo announced recently that the department’s Economic Developmen...Continue Reading